View source
Not to be confused with Alpha Kids (Greece).

RISE TV
Nickelodeon Plus
TeleTime
TeenNick (Greece)
Nickelodeon Greece (often called Nick Greece) is a Greek cable, satellite and free-to-air television channel, and the Greek counterpart of the American Nickelodeon. It was launched on 2010-09-03. It is owned by Local TV Broadcasting, Film, Advertising & Publishing SA and operated by Restis Media Group (known as Restis MG), responsible for also operating RISE (formerly known as MTV Greece). The channel was launched on 2010-09-03 on Immitos, with an analog signal for Parnitha start being broadcasted two years later[1]. A HD version of Nickelodeon started officially broadcasting on 2011-10-17 via COSMOTE TV.
Before that, Nickelodeon shows would originally air as a whole, on premium channels Alpha Cinema 1 and Alpha Kids (featured on the now-defunct subscription service Alpha Digital), and there would be later a block on Alpha TV and its sister channel Channel 9 till early 2008. Aside from the channels mentioned, Nickelodeon cartoons also aired on ERT (ERT1 and Prisma+), Star Channel and Alter till the late 2000s.

In 2001, premium channel Alpha Cinema 1, which was available on Alpha Digital, (a television service owned by the newly established at the time sister company of Alpha TV, Alpha Digital Synthesis) would air a Nickelodeon block on noons, a first for Greece.[2] Around the same time, another cypriot block featuring Nickelodeon shows would start airing on a cypriot premium channel, called Alfa TV (not to be confused with the Greek free-to-air station). In March 2002, another channel for the service would be made, called Alpha Kids. It was basically an independent version of that Nickelodeon block, now removed from Alpha Cinema 1. The timeslots would be left intact, and more specifically, it would broadcast from 1pm to 4pm in weekdays, and 7am to 3pm in weekends,[3] until a few months later, when the schedule expanded from 7am to 8pm.[4]

Alpha Digital shut down on September 11, 2002, due to a low subscription amount and financial difficulties. Thus, all channels transmitting on satellites Hot Bird 1 and Eutelsat 16B would gradually stop doing so. Shortly after that, Alpha TV would start airing the Nickelodeon cartoons under an Alpha Kids block.[5] In late 2003, a local Athens channel called TVCosmopolis (previously called POLIS; sister station of Alpha TV) would start airing Nickelodeon cartoons, in a block also known as Nick Toons.[6] Similarly to other counterparts of Nickelodeon like the Russian one, 90's bumpers of the US network would air after commercial breaks. There would also be competitions vased on the shows themselves, where viewers had to answer a question (ex.: "What's the name of the school, where Ginger Footley goes on?) and send the answer in the address of the station's headquarters, in order to win known at the time, toys.

In the next era, after a fire incident that almost completely destroyed the station's headquarters and the channel being renamed to Channel 9 during late 2005, the latest at the time splat bumpers and commercial used by the US network about the shows in Greek were started being used, plus promos in the splat format (which were also used in the japanese counterpart of Nickelodeon), and promos (with a few of them using the track "Scatterbrain," sung by Andrew Blythe and Marten Joustra, and known to be used on old Playhouse Disney promos). The block ended on early 2008.

The channel began broadcasting in 1995-07-19, initially with an informative character, called Telekinisi with an emphasis on information, society, sports and education. It would broadcast news bulletins with topics from all the municipalities of Attica, municipal councils and news broadcasts. The channel was renamed on 2000-12-01 as Local TV.

In 2005-12, it was replaced by the SBC, enriching its news program with financial issues for the stock market. On 2006-05-09, Telekinisi - Local TV SA had signed a contract with VCA - Video and Computer Applications: TV and Cinema Enterprises SA which was renamed to SBC TV - Television Enterprises Societe Anonyme[7] to assign the production of the station's overall programming, which exceeded 30% of the monthly operating time, which is prohibited by law.

Since the start of SBC, it would illegally emit from the 22 UHF and 50 UHF frequencies that were allocated to the Hellenic Broadcasting Corporation, to broadcast the Hellenic Parliament Television. On 2010-06-15, its operation was shut down, as only its broadcast by Ymittos was officially unlawful by the ESR and the National Telecommunications and Post Commission (EETT).[8][9][10]

At that time, it changed ownership and (almost a month later) on 2010-07-12, the channel's frequencies got reverted to its old ones (35 and 49 UHF) with its old name as Local TV, with its programming now dedicated to Nickelodeon's children programming.[11][12][13] Despite rumors about Victor Restis having the station as a placeholder for an E! Entertainment channel, it got its current name two and a half months later.

After the counterpart's launch, on 3, 4, and 6 till 09-11 at the mall "AVENUE" in Marousi, 18 till 09-19 at the mall "VILLAGE" in Renti, and 25 till 09-26 in the Zoo Park in Spata, Nickelodeon would set up an event called Fun Tour 2010. Activities for children would be held there, inspired by shows such as SpongeBob, Dora, The Penguins of Madagascar, iCarly, and Back at the Barnyard.[14]

The company owning the channel itself, has had co-operations with local stations of Peloponnese. TeleTime was airing a Nickelodeon block at 06:00-09:00 and 14:30-18:00 in weekdays, and at 06:00-13:00 and 14:00-18:00 in weekends, with the co-operation starting 2010-09, over a year after the start of its co-operations with MTV Greece.[17] Following events would include gradually firing almost everyone working there and Nickelodeon cartoons along with live streaming of MTV music clips in late night, taking up most of the schedule in early 2011, with the channel being known as "ΤΤ powered by Nickelodeon", and the schedule being completely free of informative shows, since 2011-07.[18] Plus, unlike Nickelodeon Greece, the National Television Council would disapprove the station's change in physiognomy from informative to non.[19][20] Due to a number of forfeitures from the Council being forced to them, with the participation of the Union of Daily Newspaper Editors of the Peloponnese-Epirus-Islands, the channel would return to its initial programming for a while, starting 2012-03, despite complaints from parents and children for that decision, and fears from the executives about the station's closure.[21][22] At the same time, the very last five employees working on the station would get fired because of the management's inability of continuing employing, following 16 months of 34 employees, also getiing fired.[23] Despite that, one month later, TeleTime would still continue with its Nickelodeon/MTV programming, but with the TT powered by Nickelodeon logo replaced with the original one, and a scheduling technicial and an accountant working on its headquarters. It started airing news bulletins again, on 2012-10, with the station's change on the general manager position.

On 2012-08, MTV Greece and Nickelodeon Greece started airing their programming to another local station operating in Peloponnese, called Super B, despite a hadful of cartoons like Monsuno, still airing on TeleTime, during its temporary revamp. Super B stopped airing Nickelodeon cartoons on 2015-12-14.

In early 2017-09, it was announced via press releases and Facebook, that Ilektra TV (Ηλέκτρα Τηλεόραση) would reopen in Peloponnesus, and that co-operations would include the Restis Enterprises stations, RISE and Nickelodeon.[24][25] Due to bureaucracy, the station would start airing Nickelodeon cartoons with live streaming, in Spring 2018, in the form of live streaming from the Athens station, and after approval of a 2017-12 request from The National Television Council on 2018-03-09.[26]

Not to be confused with Kanali 9.

Nickelodeon Plus (stylized as Nickelodeon+) is a private regional children's and entertainment television station that broadcasts in Thessaloniki, Central Macedonia, and Halkidiki, and is based in Thessaloniki. It is the official partner of Nickelodeon in Greece.

The channel was founded by the Thessalonian businessmen and owners of the (also newly established at the time) entertainment radio station RSO 91,7. Three days after the opening of RSO 91.7 on 1995-11-28, the channel began broadcasting with a musical and entertainment profile, specifically on 1995-12-01, as Balkan TV (or music television b) by broadcasting Greek and foreign video clips.

At the end of 2009, it changed its ownership and on 2009-10-18, it was renamed as MTV+ and became the official partner of the then Greek version of MTV Greece (now RISE TV).[27] The launch party was held in "Vogue" Club in Thessaloniki, on 2009-12-17, with a guest appearance from British dance band Freemasons, as well as Greek bands such as C Real, Stavento and other Greek acts. Initially, music video clips were broadcast, and from the Christmas period, new shows, foreign series and entertainment magazines with news from the field of music, cinema and showbiz, were added.[28]

Prior to the lauch of MTV+, MTV would first appear in Thessaloniki on the analogue terrestrial television in Autumn 1988, with the first airings of MTV Europe (from the Municipality of Thessaloniki and later from ERT). Then, after having undergone changes in transmission frequencies (UHF 52,21,54,40,43 etc.) and broadcasting locations (Panorama, Philippines, Chortiatis), the terrestrial analogue transmission of the MTV Europe channel got shut down (between 1994 – 1995), so another local channel could be broadcast.[27]

The channel, initially known as b, would broadcast from the broadcasting center of Chortiatis at the 44 UHF frequency, covering part of Thessaloniki and Central Macedonia. However, it would receive interference from TV 100, which had its transmitter at Philippio.[32] When it became MTV, it was also emitted by interference, and at a second frequency by Philippio, originally from the 69 UHF and later moved to 65 UHF, which was originally at the analogue broadcast of ANT1 for Philippio. On 2011-11-30, it began broadcasting digitally, covering the whole Central Macedonia, joining the platform of its owner (Pertho), which undertook the transmission of the digital signal by the end of 2014 along with Dion TV, Europe One, Vergina TV and Egnatia TV. The station also had a analogue broadcast from the broadcast center Aridaia on the 41 UHF channel, in 2012. On 2014-11-21, it joined the Digea platform, as it would air programming from the 24-hour base station in Athens, while the analog signal was permanently cut in areas where only an analog signal was visible. The station also gained signal in Chalkidiki.

The company that manages the channel is the Perth Anonymous Company - Broadcasting Enterprises which was founded in the middle of 1993, under the name "Perth Anonyme Company - Building, Tourist and Industrial Enterprises with the initial activity of "the re-construction of buildings, the building trade, the construction of technical works, and the establishment of industrial enterprises for the manufacture of fabrics and knitwear in general, and its original headquarters in Filiro.[33] In mid-1995, the company's statutes were amended by transforming the name and activities which are "the establishment and operation of a broadcaster and the co-operation or merger of undertakings of the same subject".[34] At the beginning of 1998, the operation of the television channel was legalized by a decision of the Ministry of Press, with the protocol number 6557/Ε/23.3.1998[35] while three years later, the statutes were amended.[36] From mid-2009, the Cypriot company Stech Limited, based in Nicosia,[37] holds the majority shareholding of the channel[38] which moved its headquarters to Thessaloniki,[39] initially at Aristotelous Street 26, and by the end of 2017, at 28 Vasileos Heraklion Street.[40] At the end of 2011, the statute of the channel operator was re-modified, with an expansion of activities.[41] 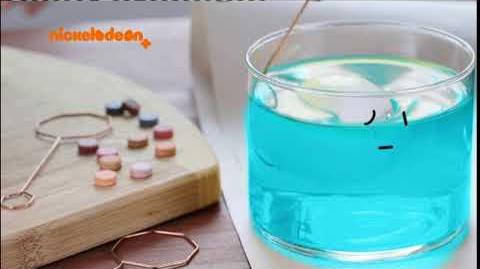 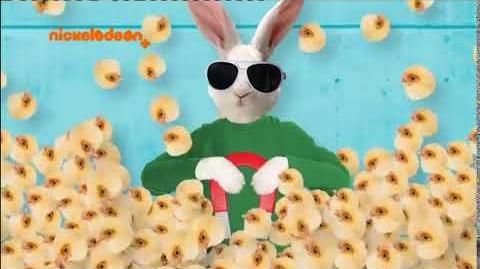 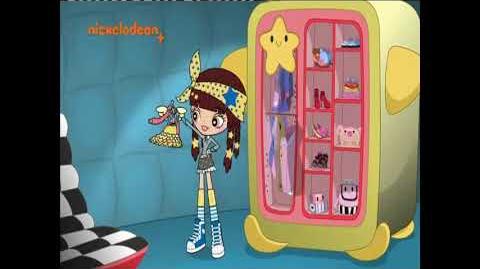 Cyprus
Nick Jr. Greece is a programming block airing on Nickelodeon Greece everyday on mornings and afternoons. It currently airs 7 hours a day.